Here in New York, the city gives out around 124,000 parking placards to city employees—and that doesn’t include the unknown total used by state and federal employees. It’s a highly criticized system that’s alleged to be rife with corruption, leading to countless improper uses of curb space (some of which are catalogued by a popular Twitter account).

Be careful: California has its own rules when it comes to out-of-state disabled placards. (Patrick T. Fallon / For the Los Angeles Times)

While this set-up is unusual, it is a more obvious version of a scourge that plagues curbs around the country: the abuse of placards for those with accessibility needs. It’s so bad that Donald Shoup, the UCLA professor widely seen as the parking guru, once called placard abuse the “main problem” facing parking planners in Los Angeles.

Placards make parking easier and cheaper, which is why abuse is rampant

Like their brethren for city employees in New York, accessibility placards can confer significant benefits upon the user. In parking lots, they allow the user to park in reserved spots closest to the building, minimizing the time from door to store. On public streets, however, they can become a sort of “free pass” to monopolizing curb space for as long as the user wants for free—even at metered spots.

This has obvious downsides for curb access, particularly in busy areas. On-street spots that were designed to have high turnover transform into private parking for a single vehicle for the duration of the day. Local businesses suffer from reduced foot traffic, while drivers looking to park have to “cruise,” increasing vehicular traffic and pollution. It could result in safety concerns, including more double-parking as delivery people try to complete their rounds. Perhaps most importantly, it precludes legitimate placard users from taking spaces close to their destination.

Placard abuse is far from an isolated problem. Before Portland, Ore., cracked down on placard abuse in 2014, a survey of the downtown area found that 1,000 of the 8,000 metered spots were occupied by vehicles sporting placards. In 2010, authorities in Alexandria, Va., estimated that 90% of placard users were illegitimate, while in 2014, Baltimore officials placed their rate at between 60% and 70%, and noted that in a single month, 23 placards had been reported stolen.

Presumably, most of those placards made their way to the black market. Buying placards, whether they’re stolen or purchased from legitimate users, is just one of many ways for drivers to get hold of placards they aren’t entitled to use.

The most “innocent” use—but still illegal, of course—is when drivers drop off the placard owner, then drive elsewhere and take advantage of parking benefits. Then there are those who fake a medical diagnosis, like a group of UCLA football players infamously did in 1999.

Regulations can be difficult to enforce

Cracking down on placard fraud is difficult. For one thing, the criteria for who can receive a placard—and who can provide a medical diagnosis to qualify—varies widely from state to state. In California, for example, a range of medical professionals, including chiropractors, optometrists and nurse midwives, can issue a diagnosis, a policy that critics say is ripe for abuse. Medical privacy concerns and discrimination laws can make it nearly impossible to confirm whether a placard recipient actually has the issue for which they’ve received the placard.

What’s more, catching placard abusers in the act can often require staking out a spot for several hours, waiting for the driver to return—an activity many police departments rightly view as a poor use of their officers’ time. California’s DMV does have 200 “peace officers” who conduct compliance checks around the state; with 2.6 million placards in circulation in that state alone, however, the chances of any individual abuser being caught remain miniscule.

A simple tweak appears to have outsized results

Fortunately, there seems to be one good way to curtail placard fraud: take away the financial benefit to the abuser. Rather than allow a placard user to park for free for an unlimited amount of time, many jurisdictions now require placard users to pay for their time in a spot, in some cases with a modest increase in the time the vehicle is allowed to stay there over what’s posted. (Some drivers—particularly those who are unable to reach the meter or payment kiosk—still might qualify for an exemption, although the advent of mobile payment options has rendered that issue moot.)

Where this policy has been adopted, the results have been astounding. After Portland changed its program, around 70% of placarded vehicles seemingly disappeared overnight, resulting in a 10% increase in available curb space—and an estimated $1.4 million additional meter proceeds each year. In Raleigh, N.C., revenue from downtown on-street parking tripled.

States have tried other approaches with varying rates of success, such as putting the user’s photograph on the placard and requiring more detailed medical information from doctors when applying for an exception.

Fixing this issue is low-hanging fruit

Unlike New York’s placard situation, disgust at the abuse of accessibility placards knows no political bounds, in large part because it violates the basic standards of human empathy. When it comes to both freeing up curb space and making access more equitable to all users, correcting the issues inherent to “free parking” placards is an easy win for cities. What do Parking Planners do?

Parking Planners aim to provide information to make data-driven decisions and policy. They want to remove emotion from decisions which have impacts... 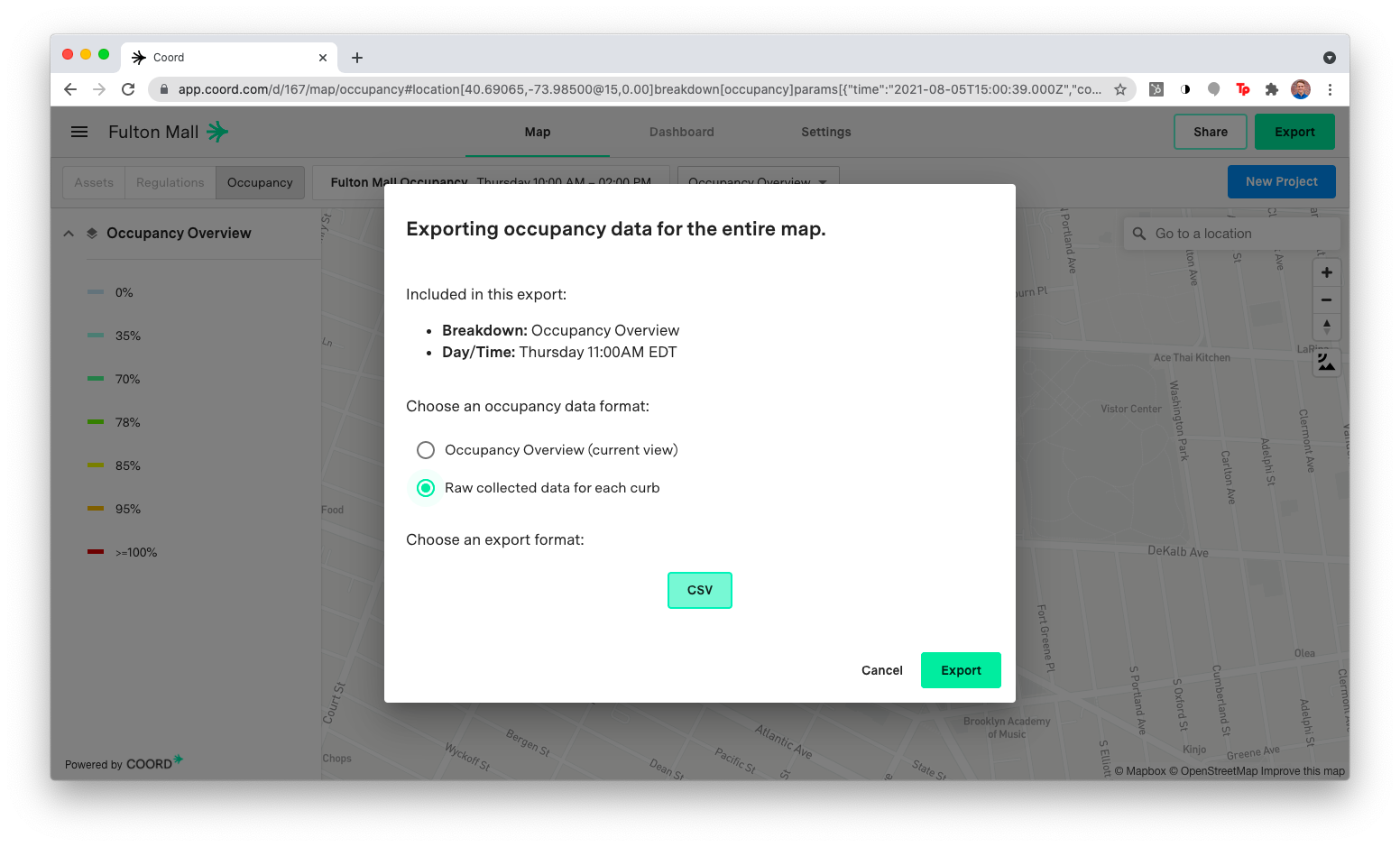 A busy summer of product updates for cities and urban planners

This summer, Coord rolled out a host of product updates and improvements to better serve all of our users, from delivery drivers to city parking...