Planning a Bike Network with Coord

When designing a new bike route in a city, there are a number of factors planners and the community consider to determine the viability of the route. One of these is curb use.

How a curb is being used can inform a variety of bike planning choices. A planner might use this information to decide between alternative routes or to reallocate curb space along a given route to promote safe travel along the bike route while also accommodating other necessary modes (e.g., loading, pickup/dropoff).

At Coord, we’re focused on helping planners and curb managers answer exactly these types of questions with speed and accuracy. To test out some of Coord’s capabilities, we selected a sample route inspired by the City of Pittsburgh’s 2020 Bike(+) Master Plan. We used Coord to analyze a potential bike route running along the east side of Smithfield Street, between First and Seventh Avenue, in Downtown Pittsburgh. Read on for the full analysis and check out this video if you want to see a few of the steps in the analysis and our thought process. 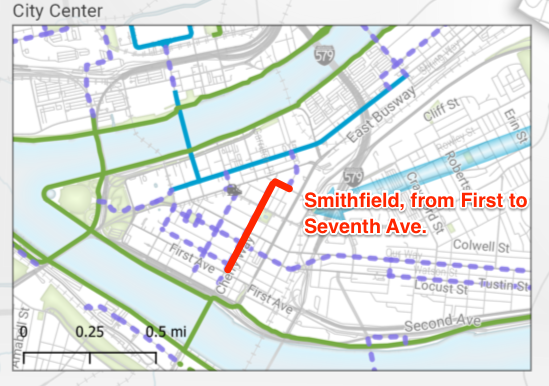 Figure 1. Proposed Bike Network from the City of Pittsburgh’s 2020 Bike (+) Master Plan, with the section of Smithfield highlighted in red

Replacing a travel lane with a bike lane

If you’re considering completely reallocating a curb lane to create a bike lane, it’s important to understand the current state of affairs.  Namely,  (1) what uses you’re eliminating, (2) what share of the surrounding area’s uses they comprise, and (3) the possible revenue impact.

Curbs and how they are allocated vary greatly depending on the time of day. Smithfield is no different. For the sake of this analysis, we’ll focus on how the curb functions just during midday hours: 9AM-4PM.

In the case of this segment along Smithfield, if we were to eliminate the current curb lane and replace it with a bike lane during these hours, we’d see a reduction of: 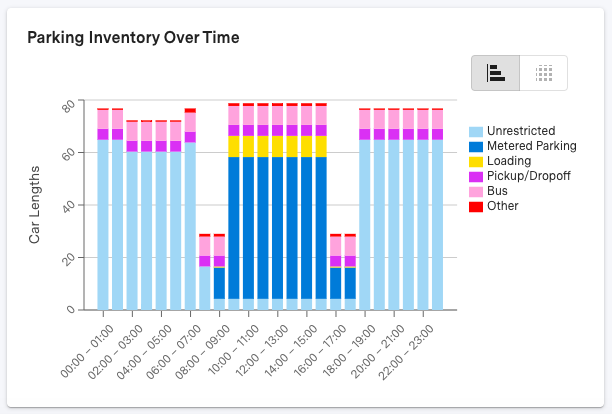 Of course, this is only part of this curb’s story.

Parking: A common stakeholder question when planners propose reallocating parking spaces to other uses is whether it will create a parking shortage.  Coord helps planners respond to these concerns by helping put reallocations in context.  Within a short one-block radius (about a 2-minute walk), the spaces that would be eliminated to create a bike lane along Smithfield represent:

Some stakeholders might initially be alarmed at a 31% reduction in metered parking supply; however, occupancy data can help assuage those concerns.  For this entire stretch of Smithfield, on a typical weekday during midday hours, the metered parking was 40% occupied, well below capacity. 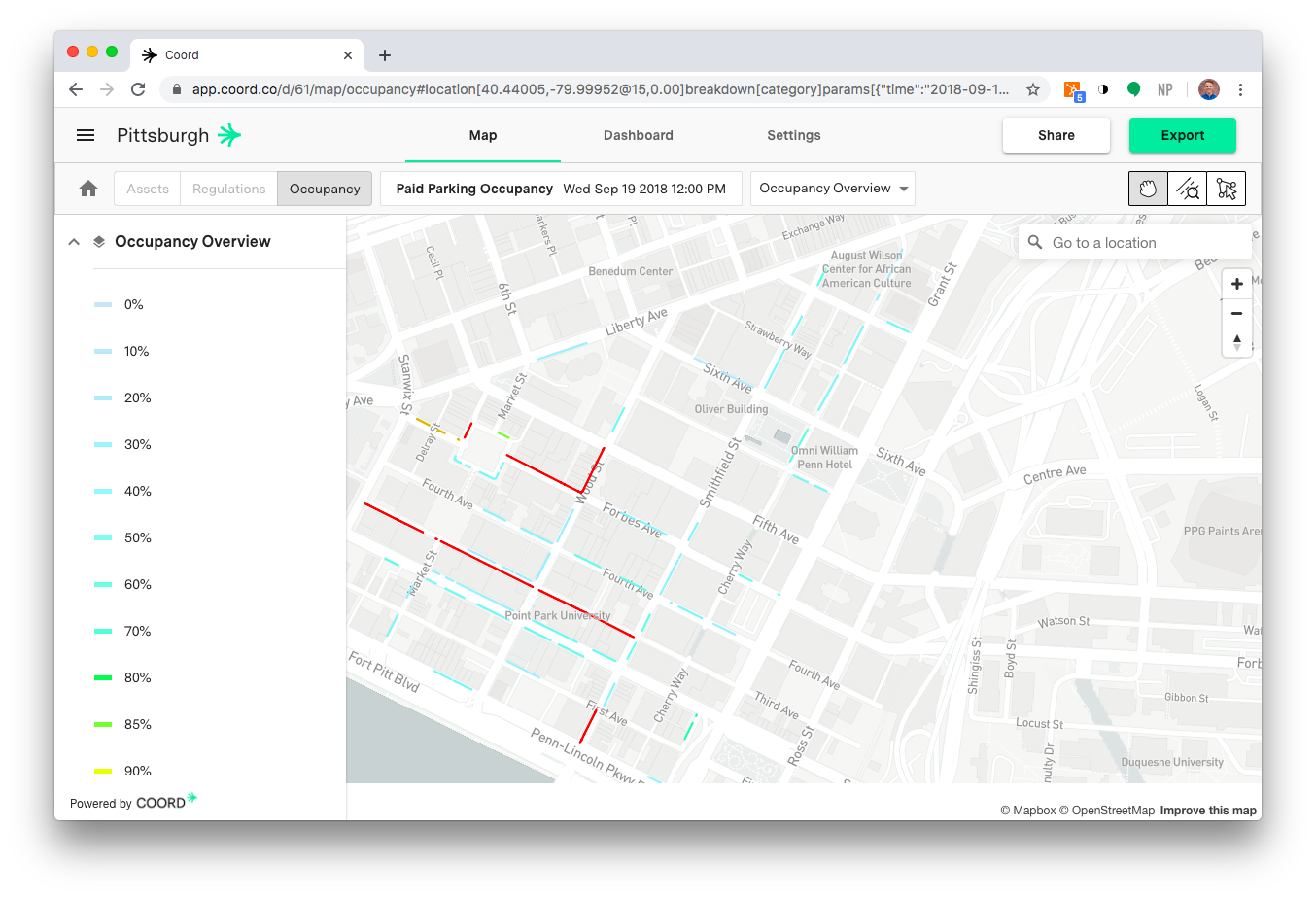 Likewise, as we can see in Figure 3, nearby metered parking, on side streets off of Smithfield and on William Penn Place, which runs parallel to Smithfield one block to the east, is at or below this 40% mark.  This suggests that if we were to remove all metered parking spaces from Smithfield, nearby streets could accommodate this added demand and still only experience 58% occupancy. Off-street parking garages would also likely help accommodate parking demand.

Loading: It’s perhaps even more important to consider the impacts of reductions in loading zone space along a downtown corridor. We know that even if 8 loading zone spaces along Smithfield were eliminated, there are still 70 loading spaces within a block of Smithfield.  However, we’ll want to make sure they’re distributed to adequately accommodate deliveries. 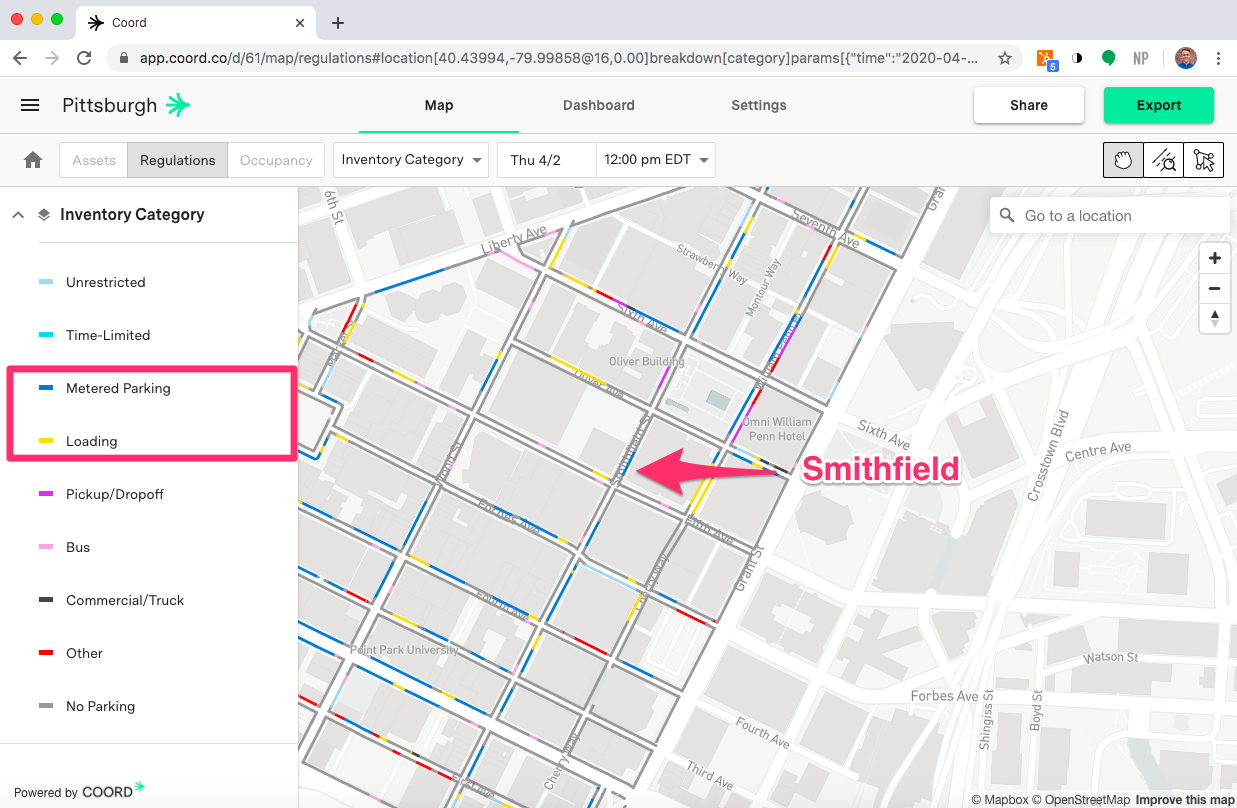 Figure 4. Smithfield during midday hours. Loading zones are in yellow

Looking at the regulations in Coord (see Figure 4 ), there are loading zones near virtually every intersection, except at Smithfield and Seventh St. Thankfully, it looks as though the stretch of Seventh to the east of the intersection is currently zoned for “no stopping” and could be re-evaluated for a multi-space loading zone.

According to Google street view, it’s already being used as such, even unofficially! 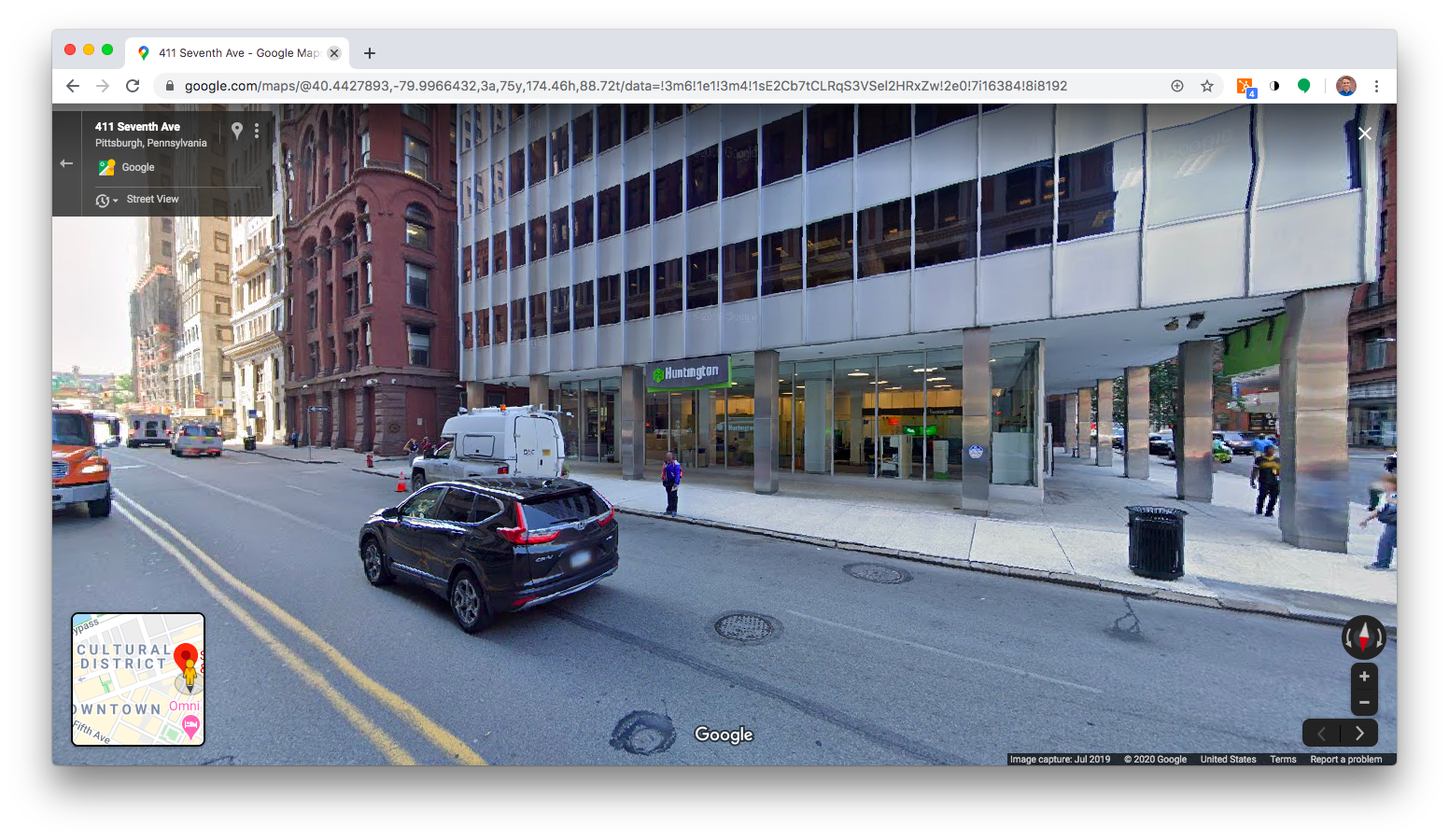 Figure 5. Loading activity in a “No Stopping Zone” on Seventh Avenue, right after making a right turn off of Smithfield

And what about the paid parking revenues?

In many cities, parking revenue is part of the conversation when reallocating curb space.  Using the 40% paid occupancy for this area, we’d estimate up to $707/day or $258K/year in revenue could be lost if all metered parking were removed along Smithfield.  However, it’s likely that most of this revenue would be recouped when drivers instead park in the plentiful nearby spaces. Another strategy cities can explore is gaining authorization to charge for loading space to maintain revenue streams from drivers, while still reallocating space to accommodate a greater variety of modes.

Instead of building a bike lane directly along the curb, some bike lanes are constructed such that existing curb uses are retained and there is a row of parked or loading motor vehicles between the bike lane (or sharrows) and the curb.

In this case, we’ll want to think in particular about preventing double-parking vehicles from blocking the bike lane and preventing excessive vehicular maneuvers that cross the bike lane (pickups/dropoffs, deliveries etc.)

Loading activity is an area of special concern. Vehicles loading and unloading at the curb will have to cross the bike lane, causing potential conflict with oncoming cyclists.

The amount of loading space along Smithfield varies widely depending on the time of day. During midday hours, there are 8 spaces of commercial loading; if we want to reduce loading along Smithfield at these times while also ensuring there is space for vehicles that need to load, we have multiple options: 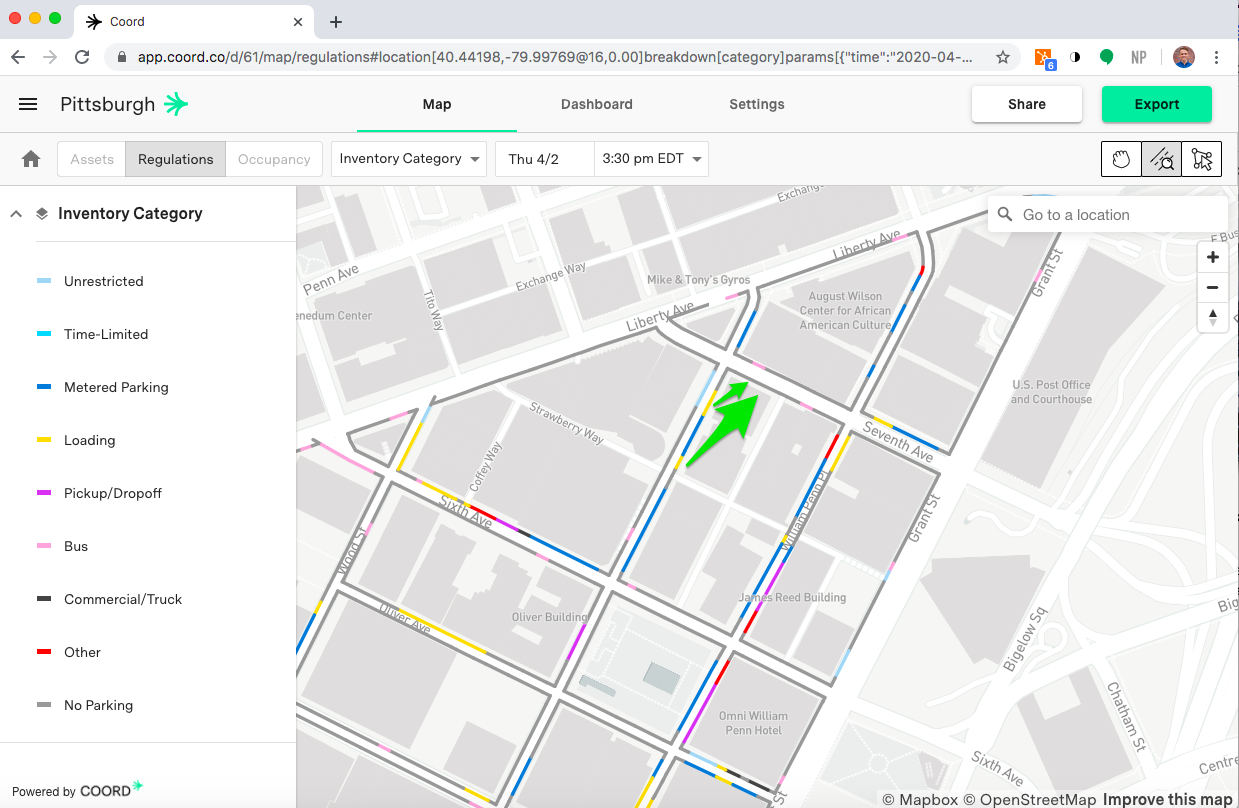 Figure  7. Moving both loading zones from Smithfield to Seventh

And what about driveways?

Many active driveways along a bike route, with cars regularly pulling in and out, is also not ideal.

From First St. up to Oliver on Smithfield, there are no driveways. In the last 5 blocks of the proposed bike route, Coord data show there are 342 feet of driveways (about 16 cars’ worth, 8 total driveways).

It’s important to put this into context though. Driveways only represent about 5% of all curb space along Smithfield; in downtown as a whole, they take up 10% of all curb space (over 5,900 feet). Relative to nearby alternative routes, this route is probably better than most in terms of avoiding driveways.

Individual driveways, however, could still be evaluated for their visibility.  A city could develop appropriate interventions (e.g., mirrors or “daylighting” around the driveways to improve visibility) if warranted.

Given the goals of expanding the number of residents who feel safe navigating our cities by bike, it’s important to leverage as many tools as a city has in its toolbox to promote safer streets.  Curb use is one of those tools.

As we continue to build our capabilities to provide support for a variety of planning functions, we hope this gives some insight into how Coord can make it easier to incorporate curb use considerations into bike facility planning.

Back in December, we released Scenarios on the Coord platform. Scenarios allow users to make hypothetical changes to curb regulations and assets,...

How Do I Love Thee, Loading Zones? Let Me Count the Car Lengths. With the continued growth in e-commerce and ride-hailing, a lot of cities are...

The City of Boston has been using the Coord platform for curb inventory management since 2020.  A lot of cities are interested in learning more about...